Everyone’s on about the announcement by our esteemed Prime Minister that his office will be resurrecting the honouring of pre-eminient Australians as Knights (sirs) and Dames. These awards were abolished almost 30 years ago by the Hawke Government and have sent cries of ‘out-dated, republican, archaic and arcane’ across all platforms of media – traditional and social. I am possibly going to make myself terribly unpopular but I can’t help wondering what all the fuss is about. I’m not an Abbott lover by any stretch (eek, that would mean delving beneath the budgie smugglers and yes that fashion faux pas deserves regular coverage – pun unintended) but I think bringing back ye olde Sirs and Dames is a bloody good news story.

Every year, 4 people will received the honour of being called Sir or Dame for the rest of their eminent days. Already two have been announced – our outgoing Govenor General (Dame) Quentin Bryce and out incoming Govenor General (Sir) Peter Cosgrove. I think it’s safe to say most Australians would agree that both these fine personages deserve the highest recognition. (Previously the highest honour has been the AC or Companion to the Order of Australia.)

And it’s not just a title. What comes with the announcements of such awards is a ripple effect of conversation about that person, what great things they have done, how they did them and what motivates them etc etc. This in turn inspires others to work hard for causes, for others, for the greater good. It affords celebrity to those who truly deserve celebrity, not people who shake their bottoms for cameras or spend their inherited fortunes on keeping puppy farms and distorted image makers in business. That kind of celebrity spawns all kinds of truly disturbing imitation, ambitions and priorities.

Our living Dames and Knights include teachers, researchers, military heroes, artists, business people, industrialists, leaders, lawmakers, wine makers and a former head of the esteemed Country Women’s Association. Maybe they don’t need the recognition, maybe a well-read, educated and in-touch portion of the population already recognise the good eggs, but I’m telling you, there is a cross-generational demographic twerking, pedicuring and gossiping their lives away who need a the Good Ones shoved in their faces. If a bit of a knighting ceremony does that then great. 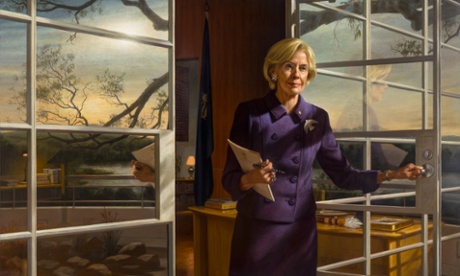 It’s all the stuff of goodness and good news. And gawd knows we need more of that.

What we should be doing is getting on with ridiculing our government over what really is offensive and outdated, such as:

1)      We all have a right to be bigoted and 2) We should unlock Tasmanian wilderness and log it because wouldn’t it be lovely to all have one of those lovely wooden boats of yesteryear.

Neither of these recent, archaic, arcane and out of date observations by the Attorney General and the Prime Minister respectively float my boat. No one has the right to display hatred and intolerance toward others, particularly ethnic or racial groups (which is how bigotry is defined) and seriously, there is nothing remotely romantic about the Tasmanian forest industry – it’s all woodchips and export dude.

And in a cheap effort to get a roomful of forestry experts onside, he made the frankly dangerous claim that “the environment is meant for man and not just the other way around”. Now, that’s an outdated attitude for you, and one that does deserve serious critical discussion, send ups and ridicule.

If you’re going for outdated Mr Abbott, why not go ancient? Our indigenous people knew a thing or two about land ‘husbandry’ (or lack thereof); you’d do well to ask them. Or just go and read The Lorax by Dr Zeus – think of it as an idiot’s guide to the environment. 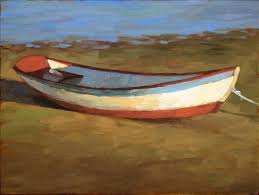