“This may be the last time you see or hear me. The planes are launching air strikes. In the name of human rights and child rights we hope they will get us out of Aleppo. We cannot go out because we are afraid of the bombs. We hope they can get us out of here. We want to live like the rest of the world. We want peace. We wish to live.”

10-year-old Jasmine Kaimouz (centre, pink beanie) made this statement whilst trapped in her orhanage in Aleppo, Syria. In the last few days, these 47 orphans have been evacuated from their devastated home city, fallen to civil war and triumphant Government forces. They are just a small group amongst some 3,000 evacuees taken from Aleppo during a cease fire this week.

After reportedly enduring a long bus trip in freezing conditions with no food or water in which two allegedly died and others were left critical, the children are said to be safe in outlying provinces within Syria.

This came from me, after I’d showed the children these orphans along with pictures of the ruined city. I know, Mummy Scrooge Squashes all traces of Christmas Cheer with Scenes of War-torn Aleppo. But they’d all just had an enormous argument over who sat in the front seat of the car and sulked for a good half hour when I refused to take them to the sweet shop. For Fuck’s Sake. (Mummy Scrooge Swears all over Christmas).

Anyway, this minor incident lead me to think that I actually don’t know all the Aleppo facts. I am one of those immersed in Things To Do Before Christmas and before I get all soapboxy with the children I should probably read up. It suddenly seemd very wrong to do anything else before I pay some undivided attention to Syria. Including cleaning the loos before family come later for drinks and finishing the first draft of my book before Christmas.

Trouble is, my book is fictional comedy and it will not save the world or any of these children. It’s probably not even good fiction. And while I’ve been writing it I haven’t been looking or reporting too deeply into anything too awful. And there’s been an awful lot of awful this year.

But now Syria has my heart beating loud enough to drown out the rising pulse of my book. It no longer seems all that meaningful or funny.

So Syria (and because kindness, Christmas, benevolence, children learning about gratitude and me learning to stop stressing about who’s misplaced the fucking sticky tape).

Syria (a country bordering Turkey, Iraq, Jordan, Israel and Lebanon, about the size of Victoria) has been in a state of civil war for about six years. It is a conflict between the Assad family, who along with their forces has held Government since 1971 (now Bashar al-Assad) and those ‘rebels’ trying to kick their arses out of office. The Assads are Alewites – not particularly hard-line Islamists – unlike other Governments facing rebellion during the Arab Spring. But according to their opposition, they are failing to deliver long-promised economic and political reforms.

There are a number of theories as to how we have ended up in today’s catastrophic mess. One is that in 2011, a group of children graffitied anti-regime slogan. Some of them died in detention which lead to public outcry.

Another theory is that rebels demonstrated as a part of a bigger-picture activism in neighbouring countries, which lead to a security crackdown. In April 2011, the Syrian Army fired on protestors which lead to full-scale armed rebellion and the formation of the Free Syrian Army (FSA).

The FSA is a mash-up of local tribal groups, deserters from the military and disgruntled locals. They were joined by die-hard Jihadists, Islamic State fighters and others with their own, sometimes extreme Islamist agendas who by sheer  determination, number and fortification potential were an attractive addition to the FSA.

Baddies on both sides. Civilians dying by the dozen. And this just the beginning.

HOW BAD IS IT?

Well there are reports of rebels pillaging whole Alewite villages and wiping out whole extended families. And that they are taking out masses of civilians for a single Government target. Meantime, Government soldiers are allegedly executing civilians willy-nilly. Some are being executed for not executing. Chemical weapons are being hurled about. Shelling has become the norm. Children under seven don’t know a life without war. 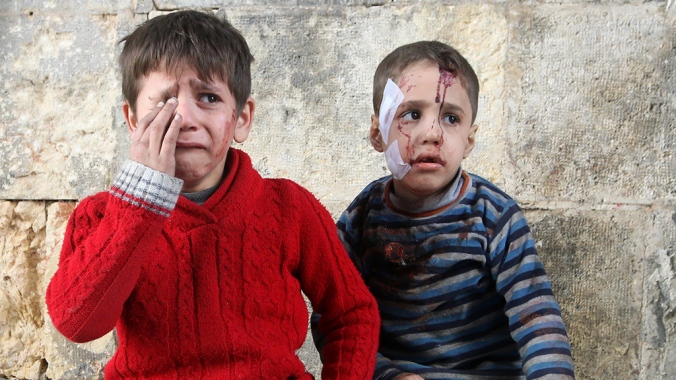 Polygamous families with lost housing have had to be thrown in together, domestic violence is a growing concern.

Huge areas of this historically significant, magnificent and sacred country has been destroyed forever. War crimes are widespread and unaccountable.

It was reported by Amnesty in May 2015 that life in Syria had become ‘increasingly unbearable” for civilians.

Today, 18 months later, (according to Care Australia) over 400,000 are dead, 5 million have fled as refugees and 6.5 million are displaced within the country.

Aleppo, Syria’s second largest city (behind the capital Damascus) and an industrial and financial centre, became a key battleground in the civil war in July 2012 when Rebels looked to gain control in Northern Syria. By the end of the month, the fighting had intensified and spread to the historic city centre, where ancient monuments have been destroyed. (This place dates back to the 6th millenium BC so when I say ancient I mean ancient).

By the time that initial rebel uprising was complete, Aleppo was divided roughly in half, with the opposition controlling the east and the Government the west. The situation stayed gridlocked until the mid-2016, when Russian air-strikes fortified the Government’s offensive and were able to sever the rebels’ last route into the east and place 250,000 people under seige.

By the end of November, Government troops had reclaimed the northern rebel holdings. These last few weeks have seen intensified air strikes, a city falling and a frantic effort by Red Cross and the UN to evacuate innocent civilians.

These evacuees leave behind a beautiful city in ruins and face a very uncertain future. 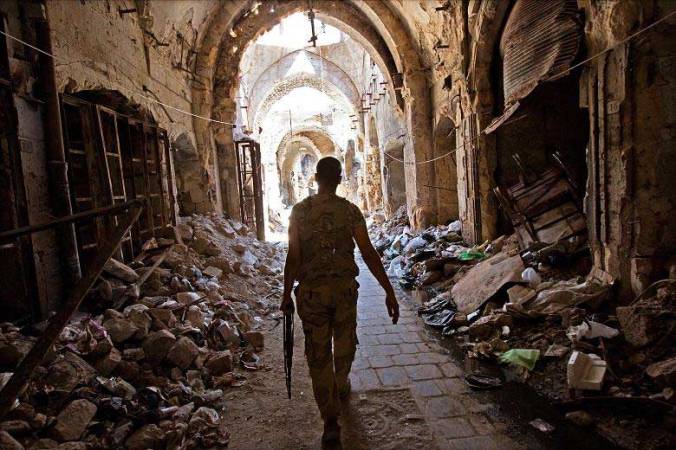 Even though I’m not a prayerful or a Christmassy person, I pray for Syria and Aleppo this Christmas. And instead of piling unnessasaries under the Christmas tree, I have bought the children undies and donated HERE.

You can also donate HERE, HERE or HERE. It’s really simple and it might mean less plastic crap in your house this Christmas.

Please help them. That’s my Christmas wish. Because their sky is falling in while ours is full of stars we’re too busy to see.