I have just wandered past a very old cemetery in Richmond. The gravestones are at the site of a long-gone Congregational Chapel. Many of the headstones apparently didn’t survive so there are an unknown number of unmarked graves. Not many of the people who lie here lived to be very old. If I were to work out the average age (I won’t because I am terrible at maths), I think it would be around 40. My age.

There are lots of infants and children, some with their mothers who likely died in childbirth or shortly after. One baby – Herbert White, lived for one day. His sister Effie died a month before him at the age of 2. My heart aches for their mother, possibly Euphemia White, also buried there and dead twelve years later at the age of 55. The name “Euphemia” means good omen. I hope there was some good in her life.

The local dancing master, William Campbell (I imagine him sprightly and full of good cheer), died at the age of 46 after falling from a cart under the hooves of bullocks. Poor man, at the height of his teaching talents no doubt, bringing joy to the people of Richmond every Tuesday evening or whenever. I hope there was dancing at his funeral.

And here’s me, still unsure of what I am doing with my life beyond raising children as best I can (unskilled and impatient but learning), writing (mostly unpublished but trying), singing (mediocre, occasionally terrible) and thinking a lot (pointless things like whether there’s any quicksand or ghosts in Tasmania).  I’m just bloody lucky to be alive. If life expectancy is as reduced as it was for Euphemia et al (in the mid 1800’s), I would surely have had my shit together long ago, because there’s every chance I’ll be dead very soon.

Perhaps longevity leads to complacency. For so long, right up into our thirties, we think we have all the time in the world to worry about Real Stuff. Then suddenly we’re middle aged and people are talking about superannuation and winding down and fuuuuuuuckkkkk, how can I wind down when I haven’t wound up yet? I’m not ready to start on the second act dammit. I haven’t bloomed (I blame morning sickness for my bloom not showing up during pregnancy. Or perhaps it was waiting to appear at a later date. If that’s the case, hurry up bloom).

Some stories give me hope. There’s this wonderful story I found recently (which I can’t find now because I can’t remember where I saw it, so sorry to whose story I am stealing uncredited) which told of a women who at 60 took up the piano. By the time she was 90 she had been playing for 30 years – longer than many professional pianists, and people just assumed she had been professional all her life. I have 20 years on her. If I took up, say, tai chi now, I could be the tai chi master of the world by the age of 90, having been doing it for FIFTY YEARS! I could be some sort of tai chi swami that people would make pilgrimages to see perform on her hilltop under her lonely tree.

Here are some other late start stories…

Elizabeth Gilbert (Author of Eat, Pray, Love) writes in “Big Magic” – her new book about creativity, that it is indeed never too late. Her friend Winifred discovered a passion for the history of ancient Mesopotamia at age 80. For a decade she dedicated her life to it and by 90 was an acknowledged expert in the field. After talking to Winfred, Gilbert says she had “one of those moments where I could almost feel my perspective expanding, as if my mind were being ratcheted open several notches and was now welcoming in all sorts of new possibilities for what a woman’s life could look like”.

I often feel a yearning to be an expert in something. Both my parents are experts of their field. Important people ring them up for their opinions. I’d like for someone important to one day ring me for my opinion. It’s not likely to happen anytime soon, but it turns out I have plenty of time. It’s stories like this that put peace in my heart and stop me scrabbling anxiously around for something profound to grasp. I won’t relax too much though. Who knows, I might get suddenly trampled by bullocks. Seize the day, but not too desperately. 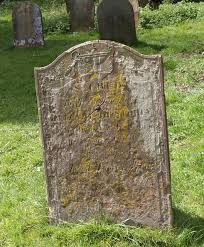