Catch Up On: THE GONSKI THING

With all this Gonski backflip talk you could be forgiven for thinking the Russian gymnastics team were touring Australia. I know it’s about Education funding and Abbott and his Education minister Christopher Pyne dishonouring school resource promises then honouring them again after public back lashery smarted more than they anticipated, but that’s about it.

I should know more. I have 2 school age children and one nearly – I should totes know the deets. 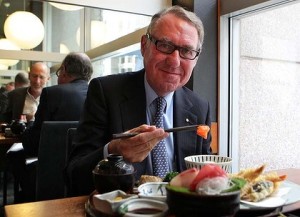 David Gonski with chop sticks and a small orange morsel.

David Gonski was the man charged (by Julia Gillard) with conducting a thorough investigation into school funding models in 2010. He is a well respected Australian businessman and public figure who sits on around 40 boards including Coca Cola, Transfield and Singapore Airlines. His background includes degrees in law and commerce at the UNSW, of which he is now chancellor.

Why was the report commissioned?

The last review of educational models prior to Gonski was about 40 years ago; for the last 10, student performance in Australia has declined in relation to the performance of other countries.

In other words, our education system appears to be failing our students, is this true and if so,how can we make it better please Mr Brainy Connected Gonski?

What did the Gonski investigation find?

What did Gonski recommend?

He said all schools should be closed and children home schooled. EEEEEEEEK. No he didn’t (thank goodness or I’d be spending my life savings on a new fancy and child free identity), his main recommendations included:

Every high profile report that deals with emotive, touchy topics such as the future of Our Children is going to have it’s fair share of poo-poo, but under the former Gillard government, ACT, NSW, Victoria, Tasmania and South Australia all signed up for the reforms for an initial 6 years.

If you’re asking me, yes I like it. I signed up to the “I Give A Goski” campaign back when the report was first released. Anything to give our kids the best possible opportunity to get ahead I say, and by all reports, the current system isn’t doing that.

And it looks like many agree with me. When the Abbott Government (via Education minister Christopher Pyne) announced last week that they would “go back to drawing board on schools funding reform”, there was something of a, “you lying, Indian giving arseholes” public uproar. This was after Abbott saying at election time that they were on a “unity ticket” with the now opposition on schools funding and shortly before swiveling back to that unity ticket. Confused? So am I.

What is the Government’s stance on Gonski? 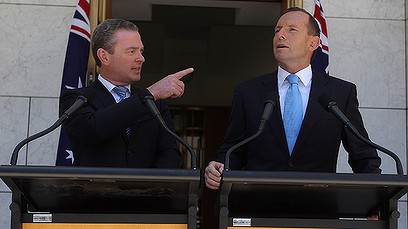 Well when they ditched the Gonski model, they blamed Labor’s removal of $1.2 billion from the last education budget update before the election.  This sparked a flurry of opposition ‘re-neg’ rumbles akin to those experienced by Gillard when she flipped on the Carbon Tax (“put Christopher Pyne on a polygraph and it will blow up” etc) and general grumpiness, particularly from the states already signed to Gonski.

Pyne said that he would be implementing a “flatter, simpler, fairer” schools funding model but then, in the face of public outcry, decided that the lumpy version is preferable, at least for 4 years, not the Labor-promised 6. He has announced that the government will deliver the $1.2 billion extra funding to QLD, WA and NT that Labor removed and oh you know, the, ‘We’re better than them, we can make bold decisions and unmake them again if the people don’t like it and at the end of the day we can say we listened and pretend we have finally delievered the National Schools Funding solution that Labor failed to find (even though they did draw up the plan) blah blah blahdy wanky blah’.

What is increasingly clear amid the fugwittery is that this whole debacle is less about Our Kids and more about Their Politics. How boring. Democracy can sure be a childish, meaningless time waster sometimes.

Cut through the politics please, what’s the deal with our schools (and make it snappy, said kids will be back from said school very soon)?

OK, so it’s still not altogether clear, but here’s what I can glean from current reportage:

We get the Gonski plan – outlined above – for the next 4 years. Some critics claim that the bulk of the school funding was due to be delivered in the final 2 years of the plan , so there is grumbling about this and pressure for the government to sign up for the full 6 years. The Australian Education Union says the Government is effectively only committing to a third of the funding promised to the states that signed up to Gonski, and that there is still no certainly for our schools.

Mr Pyne, in his statement, said that there is no guarantee schools will receive the funding they were expecting under the Gonski plan, nor can he say where the pledged $1.2 billion will come from (Higher Education cuts are flagged as likely).

The Gonski/Labor’s management plans to oversee resource and infrastructure planning have been ditched, or in Abbott’s words, “the red tape and regulations have been dismantled, so that public schools do not end up being run out of Canberra”. So how is schools funding regulated then? I can’t find the answer to that and while it could be that I’m just cutting corners because the school bus is coming around the nearest one, it could also be that our esteemed education minister doesn’t know.

Here’s an idea – leave it up to the kids. Here are some items from the wishlist when the local schoolchildren were asked what they wanted in their new school (after bushfire destroyed the old one):

– A bear enclosure, a play dough pit, a butterfly house, no girls, a mud pit, a water slide, lego land and a sing star room.

Hurry up and show us some wellie Mr Pyne, this could be a shambles. 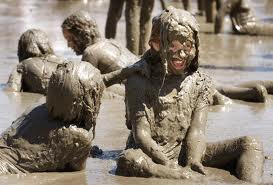 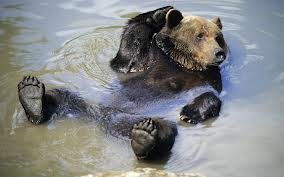