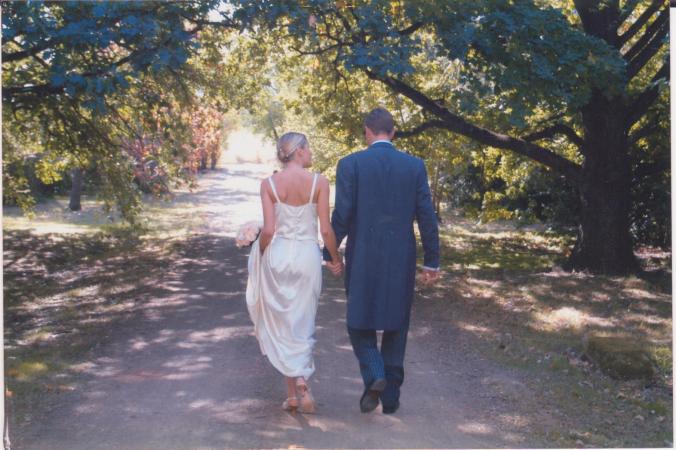 Marriage is on my mind today, so I thought it opportune to see what was happening with the same sex marriage thing.

Well yesterday, South Africa celebrated its first ever traditional gay Zulu wedding – a huge thing for a largely conservative population despite progressive post-apartheid reforms. Good one. [Is it tasteless of me and contrary to my support to point out that one of the groom’s name is Thoba Sithole?]

In America, the supreme court has just heard two cases that could help to change the definition of ‘marriage’ in favour of the gay community, and even the Republicans are about turning to support same sex marriage.

In Australia, this weekend just gone, 2 of Tony Abott’s daughters voiced their support for gay marriage and last year Joe Hockey openly stated his opposition but said it made no difference because a re-definition of marriage is inevitable.

Here at Megoracle, I think that gay marriage opponents are posing such a DUMB argument.  There is nothing ‘natural’ about the institution of marriage whether it’s man and woman, woman and woman, man and man or woman and monkey. Cave woman didn’t prance about in white dresses getting all ‘me me me’ on everyone’s arses and claiming they need a solid bedrock of marriage to raise healthy children, did they? No, they shagged about (on their bedrocks) according to the laws of attraction and basic instinct. Even monogamy – at 20,000 years old or thereabouts, is young relative to the age of human kind.

But choosing ‘the one’ can be lovely – unless you choose the wrong ‘one’. It is special and meaningful and practical and helpful. It’s nice to be in partnership with someone (even if they do have an aversion to hanging clothes on lines), nice to trust and be working with, keeping secrets with, sharing burdens with, having babies with, sharing habits and homes and hormonal upheavals with someone you know better than anyone else in the world. They, to me, are good reasons for marriage to be a common practice. Reasons like religion or duty or tradition are not strong reasons to bind yourself through matrimony to someone. And it is these rhubarby reasons that some grapplers use to oppose same-sex marriage. Well WHAT A LOAD OF PHOOEY. EVERYONE, except maybe Pol Pott and Hitler and other foulsome examples, has every right to be happy and if for some people, happiness means being legally wed then LET EVERYONE DO IT.

I for one would like everyone to feel as happy as I did on my wedding day. It was lovely, it really was. But I didn’t do it because I thought I should or because I thought society or God or my family or tradition dictated it. I did it because I loved the bloke and I thought it would be nice to have dinner with him every night. And because I knew I didn’t want to be with anyone else. Ever. (Except maybe the vet on McLeod’s Daughters. He’s lovely too.) Well why – just because I chose a fella – was it so celebrated? If I’d fallen for a woman I would like to think all the doors – chapel or registry office or reception venue – would be flung open in the way they were for me 9 years ago.

Yep that’s right, it was 9 years ago today that my Dad walked me up the aisle of the local church and handed me over (possibly with a sigh of relief) to my husband. It was a traditional wedding, I followed all the rules (except the wearing of knickers because my dress was  unforgiving even to seam free undies). And the day was seamless too. A dear friend sang to us in the church, a string quartet played in the garden, the sun shone and there was joy in the air, I know because I put most of it there. Just as much joy as when, years later, my husband and I attended the ‘commitment ceremony’ of that same dear singing friend when she formalized her love for her lovely bride.

I just don’t understand how we should be allowed to place boundaries and rules on love. The very idea is a load of TWAT (a bit like the situation under my wedding dress).

And, by the way, I strongly suspect that a large portion of the gay community consider marriage – in any form – outdated and unnecessary and don’t think it’s a point worth arguing anyway. But if they would like to be legally wed, then by crikey they should.

Anyway, with that, I’d like to say a very happy ninth anniversary to my dear, long suffering husband, with whom I have a marriage that is happy and very gay.

It’s a bit blurry, I had the dryer going and the lens must have fogged up. Oh and here’s a link to the words, as I wrote them last year…